Moai, and the Importance of Rodent Control 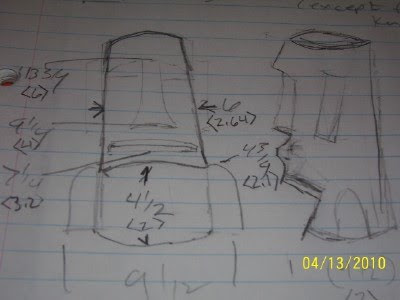 There are a number of things I like about whittling, some of them I have blogged about here. Among them is the opportunity to learn something new. I asked my oldest daughter for a whittling idea one day, and she told me an Easter Island head would be good. We had recently watched the DVD Night at the Museum, and I figured that was her source.

The neat thing about DVD's is you can pause them and get a clear picture, so I got out my ruler, some paper,put in the DVD and used the other neat feature- scene selection to 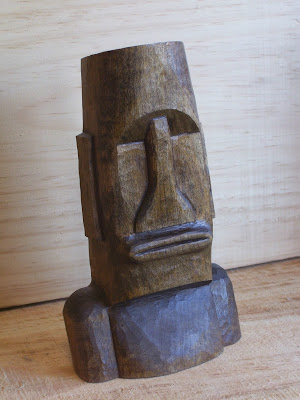 cut to the scenes with the talking Easter Island head. Just a quick sketch, some dimensions off the screen to let me scale my final drawing, and a bunch of questions. I couldn't tell what detail there might be on the sides of the statue, they were always in shadow in the movie.

Next stop the World Wide Web.

They were called Moai, the statues probably started out honoring the chiefs, some of them used to have eyes of red coral. The have headresses or ears or hair on the sides, many had shoulders and upper arms. The last head was erected about the time the last tree on the island was cut down. Seems while the Moai were cutting down the mature trees, rats were eating the palm seeds, and the forest was unable to replenish itself. I believe the Moai did not long survive the last trees. (Or was it the last of the rats?)


There's more, go find it for yourself.
Posted by BfloBif at 8:26 PM