Thinking about health, heart health and mine in particular. I'm overweight under exercised and in my opinion over medicated. I need to do the work (exercise is more than 4 letters) to change all that.

So the thought process as I was waking up got around to the symptoms of heart attack- shortness of breath, pain in chest and extremities- and I realized those are the same symptoms of Exercise. Seems to me exercise might be as bad for you as not exorcising, so I rolled over and went back to sleep.

I started this blog to share my whittling, the neat part about that is whittling is often a social experience- a bunch of friends sitting around making shavings and talking. So, I can go "off topic" and still be true to the spirit of whittling. If you are so inclined, join the Whittler's Porch group at Yahoo-We're a small friendly group, and its not all about wood or knives- our last thread was about gardening. 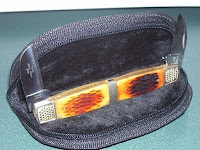 So this is the other commercial knife I own, my Christmas present from my daughter this year.A lot of folders claim to be whittlers, this one has good whittling blades and a nice long handle- over 5" closed. Good stainless blades hold an edge well, tho they needed some attention to become really razor sharp. What makes a good whittling blade? Different whittler will say different things, I think you need a short blade under 1.5", that narrows to a fairly long point for detail work.Made by Rough Rider, Dual Whittler model RR565. My only criticism is that both blades are essentially the same shape. Oh yeah- it comes with a neat fuzzy zipper pouch too

There are A LOT of great sites out there for woodcarving or whittling, this little reindeer is patterned after one I found here:
http://www.willhayden.com/ Will is a friendly guy, and exchanged a couple emails with me when I was getting started again. He's got a bunch of neat patterns there, he uses multiple carving tools but don't let that stop you. I think you can whittle all or at least most of what you see there with just a knife. Anyway, this little reindeer is basswood, minwax stain, eyes nose mouth are woodburned in. He is flat in back, he is meant to stand up against a wall. Antlers are copper 12 gauge electrical wire (house wiring) soldered and epoxied into drill holes. Will has a couple other ideas on how to make antlers,I say look around and see what you can find. I've carved a dozen trying to get a set of eight for myself, they disappear when female family members come by. One jumped into a box I was prepping for shipping while I wasn't looking too. I think I have four. I whittled one out of some rosewood I had hanging around, man that was some hard wood. No antlers on that one, either its a doe or I'll find some gold wire to do justice to the rosewood. One day I'll carve one in the round, and put a cute little rump and tail on. Everything I whittle is fun, otherwise why do it, but these guys are especially fun. I'm not sure why, partly cuz they're so cute, partly cuz they have the Awwww factor and other people appreciate them, and partly because I've whittled multiples and don't have to think much about the process.

I have three whittlings in process now- a basswood chess set 6 of 32 pcs done, (this one's gonna take a while), a staff with a frog on top, I think it's elm (found the sapling alongside the neighbors garage) and an Octopus pen for my younger daughter, made of Alaskan Cedar. Whittling is a spontaneous feel good activity for me, and I feel no pressure to finish one project before going on to another.

Hey- keep you knife sharp, your bandaids close and let the shavings fall where they will.
Posted by BfloBif at 7:56 PM